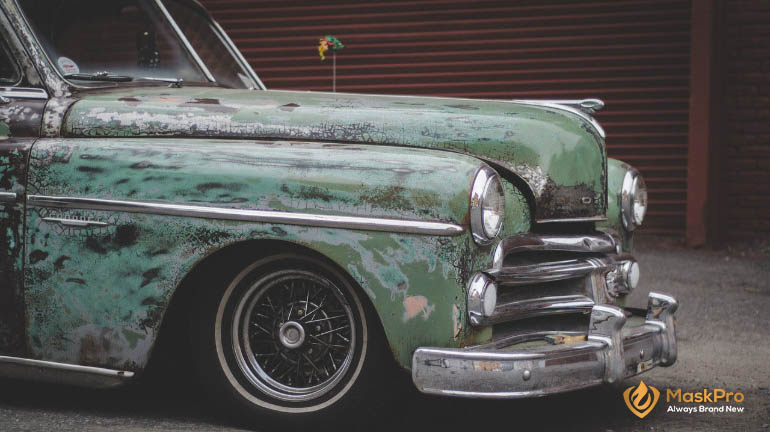 Preventing Your Drive from Corrosion with Nano Ceramic Coating

For a car owner, maintaining the original look of a car’s auto paint is always frustrating.

Automotive manufacturers use thin paint coats to save on cost, making it hard for you to keep it pristine always.

But the question is, what makes the car paint to damage?

Well, the main culprits are corrosion and rust. Rust, chemically known as iron oxide, is formed with the blend of oxygen and iron.

Though some factories also use rust-prohibitive materials and take several preventive measures to keep the car from rust, its build-up on the car’s surface is inevitable.

So, what could be an effective measure to prevent a car from rust or corrosion build up.

The short and sweet answer is: Ceramic Coating

But is ceramic coating worth it to avoid the formation of rust on your car’s surface? Let’s find out.

Corrosion can either be atmospheric corrosion or chemical corrosion. The former is most prominent for cars where acidic substances such as water and grime, come in contact with the car’s metal surface and create rust.

Remember the high school geometry? Technically, rust is known as Iron Oxide with the chemical formula, Fe2O3. We all know that oxygen is everywhere. Though it is a necessity for our lives, oxygen is not friendly for our cars.

What happens is when your car is exposed to the water and moisture, the chemical formula, Fe2O3, breaks down into three parts oxygen and two parts iron. Since the nature of the corrosion process is electrochemical, it involves electrolyte, anode, and cathode for the reaction. When electrolyte fuels anodes, the oxygen is introduced into the metal. It allows electrons to flow to the cathodic area where electrons rise up due to the presence of oxygen, eventually developing rust (corrosion).

How Does Water Contribute to Rust Formation on Cars?

It needs three items for iron to develop into iron oxide: oxygen, iron, and water. When water spots come into contact with an object, the water instantly mixes with dirt, grime and carbon dioxide in the air. It creates a weak carbonic acid, which slowly dissolves iron, breaking it down into the oxygen and hydrogen. Due to this, electrons become free and bond with other metals, forming iron oxide or rust.

Now you know what is rust and how is it formed on a car’s surface. The next question is how to safeguard the paint of the car from rust?

As I already said that ceramic coating could do the job. But how?

Moreover, ceramic coating uses nanotechnology that seals tiny pores on the car surface, keeping it from scratches and damages. It also has hydrophobic qualities that repel water, dirt, and dust off the surface of your car. In this way, ceramic coating keeps your car paint safe and pristine.

So, it goes without saying that the ceramic coating is worth protecting your car from rust and corrosion. When it comes to ceramic coating, MaskPro Nano Ceramic Coating is the best pick for you. It uses Japan’s nanotechnology and works on the 10H toughness scale, giving your car extra life, shine, and protection from rust.